In order to improve diversity in optometry, we should focus on serving underrepresented areas, and new optometrists can help lead the charge.

‍The concept of diversity is multi-dimensional and is not just as simple as black and white or male and female. Diversity is defined in multiple dimensions that include internal factors like race and gender, but also external, such as organizational and world view components.

Research shows minority physicians tend to be more likely to practice in underserved areas and to have patient populations with a higher percentage of minorities than their white colleagues. While this particular study focused on strategies to increase racial and ethnic diversity among physicians to address health disparities in the United States, disparities also exist among minority groups and areas that are not solely dependent on the color of one's skin or cultural background.

If they build it, they will come

A decade ago there were only 19 schools and colleges of optometry. That has since expanded to 23 and is expected to increase by at least three more over the next few years. The announcement of the addition of another college of optometry is always met with mixed reviews. Those in the opposition are usually concerned about their own job security and the creation of an oversaturated market, while those in favor see the strategic need to further develop and progress the optometric profession. The spread of more than 42,000 optometrists is highly concentrated in major metropolitan cities and in private and corporate optometry practices.

Utah County is the reported site of the next college of optometry which aims to address the lack of schools in the Western United States, meet the growing demand for qualified optometrists and offer an opportunity to broaden the scope of practice in the state of Utah. While demographically the over 600,000 residents of Utah County identify predominantly as White, there is a need for more optometrists to provide care specifically to this aging population and even to provide their services pro-bono to the underserved and uninsured residents.

The development of new schools and colleges of optometry in areas with higher instances of low socio-economic need touches on the external dimension of diversity, while exposing the next generation of optometrists to different job functions and work locations that are examples of the organizational diversity type.

Unlike Utah County, the population of Dallas County, located in North Texas, is nearly the size of the entire state of Utah with residents from multiple cultural backgrounds. While there are more people as well as optometrists per square mile, the drastic change of demographics and eye and healthcare needs within a few short miles cannot be ignored.

The 2019 Dallas County Community Health Needs Assessment Report identified six zip codes in Southeast Dallas to serve as target areas for addressing access to care, health disparities, special populations, and chronic conditions and infectious diseases. The high rates of mortality and morbidity associated with conditions such as hypertension, breast cancer and diabetes are even higher in African American and Hispanic populations where insurance coverage is low and the collection of accurate data for these groups is lacking. While there are several long- and short-term goals outlined in the report, the following have been adopted as the foundational components of the implementation plan:

In one regard, an argument, supported by research and statistics, can be made that there is a need for more minority community health workers to care for the growing diverse minority patient base. Race and ethnicity aside, counties like Utah and Dallas as well as many other areas would simply benefit from more doctors in general intentionally choosing to work in underserved areas and provide care to underrepresented populations. These counties are also examples that these areas range from the most rural and remote cities to a few steps from most suburban and urban doors. There is an increasing need for all areas of healthcare to work together and for doctors to take a collaborative and interdisciplinary approach in their communities to provide confident and culturally competent care to their patients.

The world view diversity dimension, which includes cultural competency, has less to do with the color of one’s skin and more to do with a provider’s and organization’s perspectives and personal commitment to:

Why do we focus on Diversity?

Diversity in optometric care is not just limited to how an optometrist identifies themself but also how they practice, where they practice and who they provide care to. These decisions are heavily influenced by one’s exposure, experiences and education throughout their optometric journey.  What may feel like a deliberate push for diversity, is a shift in focus and priorities in response to the present state of the profession and in preparation to the predicted evolution of the population of the United States.

Whether it is addressed directly or indirectly, diversity is always present in its multitude of dimensions and through awareness, action and accountability we can move from diversity to inclusion and eventually strive towards equity. 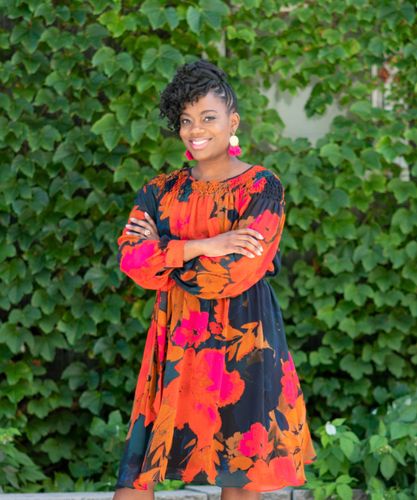 Author
Dr. Essence Johnson
Essence Johnson, OD, FAAO is a HBCU made and residency trained community and correctional health optometrist. She is also the Chief Visionary Officer of Black EyeCare Perspective, where she is redefining the color of the eye care industry 1% at a time through advocacy, action and accountability.
Share
Read Next Dropping vision plans checklist: A guide for going out-of-network
Share
Join Anagram’s Monthly Newsletter
Anagram’s perspective on the vision care industry.